Congratulations to our 2017 Hall of Fame Inductees! 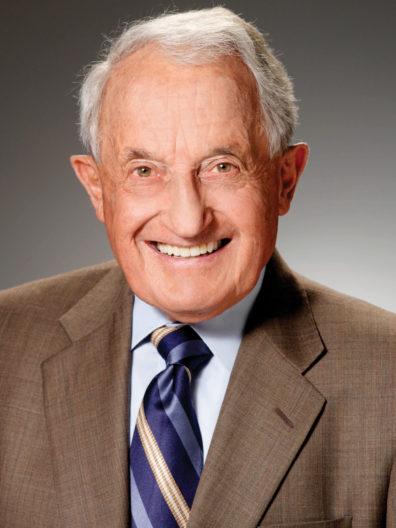 After serving in the U.S. Army, John Ascuaga (’52 Hotel & Restaurant Administration) earned a B.S. in accounting from the University of Idaho and later attended WSU. While working as a bellman in McCall Idaho, Ascuaga met restaurateur Dick Graves. Graves was so impressed that he immediately hired Ascuaga when he graduated from WSU to run food operations for his Idaho restaurant chain. When Idaho outlawed gambling, Graves, who had built his empire on slot machines, moved to northern Nevada, and Ascuaga followed him. Ascuaga served as the manager of his Sparks location, a sixty-seat coffee shop with a handful of slot machines. When Graves retired a couple of years later, Ascuaga purchased the Sparks Nugget. Over the course of nearly 60 years, Ascuaga grew the Nugget into a 1,500-room hotel/casino with eight restaurants, 110,000 square feet of convention space, and 80,000 square feet of gaming. He also operated three ranches and Nugget Meat Packers. Ascuaga and his wife Rose have been married for 58 years and have four children (two of whom worked with him at the Nugget), and eight grandchildren. Ascuaga is known as one of Nevada’s most famous businessmen. 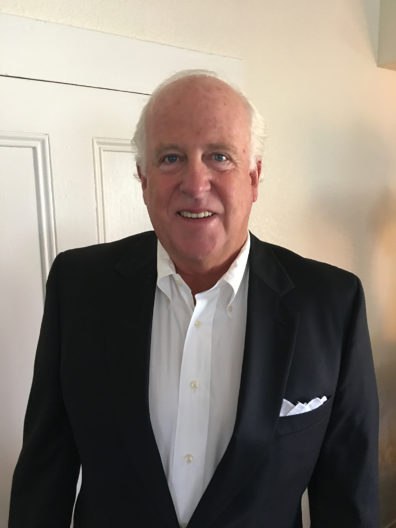 Stan Boyd (’77 Hotel & Restaurant Administration) had a 30-year career in the hospitality industry, first with Westin Hotels and then with Fairmont Hotels, where he was senior vice president of sales and marketing. After retiring, he started his own winery, Boyd Family Vineyards, located in the Napa Valley. He had a vision of creating very special wines and memories on the 22-acre property acquired in 1998. Today, Boyd Family Vineyards produces ultra-premium wine grapes used in Boyd wines and in many of Napa Valley’s most sought after wines. Stan also developed and until recently owned the Napa Valley Holiday Inn Express, is immediate past chairman of Visit Napa Valley, past board member of the Napa Valley GrapeGrowers, past president of the Oak Knoll District of Napa Valley, and past president of the American Canyon Tourism Investment District. An active bicyclist, Stan recently completed his second transcontinental ride—a 4,100 mile from Bar Harbor, Maine to Anacortes, Washington. 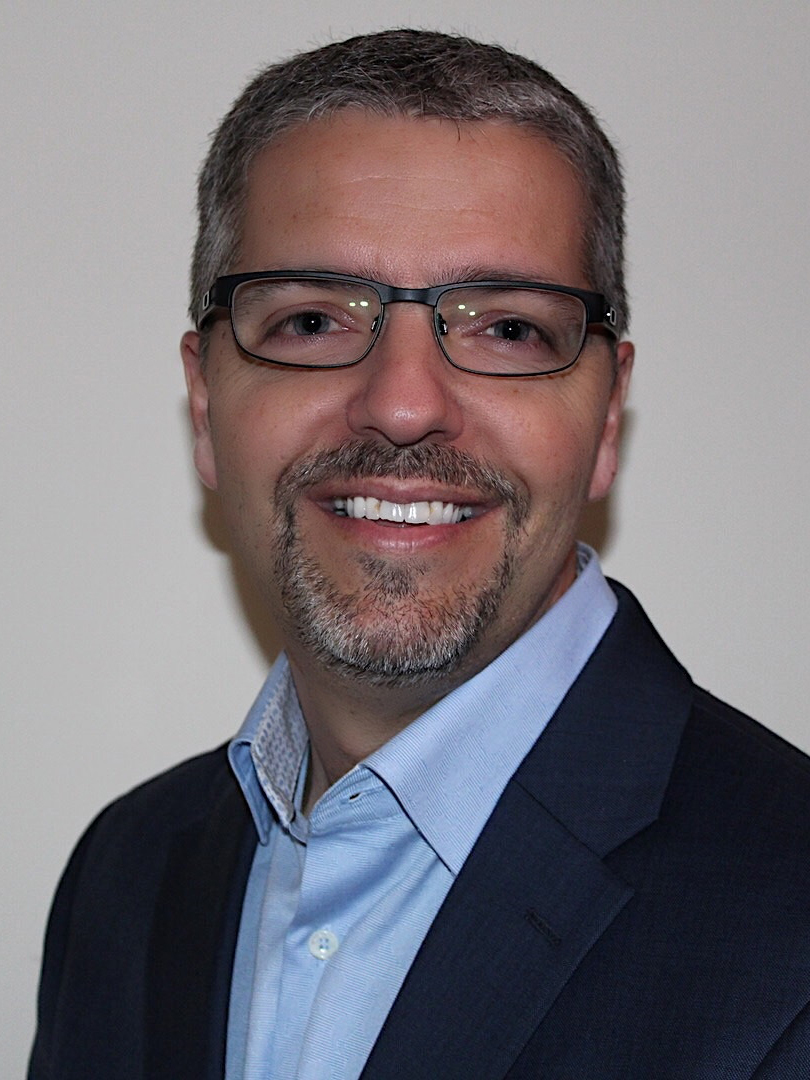 Chris Burdett (’90 Hotel & Restaurant Administration) is a senior vice president for CBRE Hotels in Seattle and is responsible for the day-to-day activities and hospitality investment advisory services in the United States’ northwest region. He has over 25 years of varied experience in the hospitality and franchise industries and has participated in over $2 billion worth of hospitality dispositions and related activities. Burdett has spent time in operations and development with Marriott International, consulting with the Chambers Group and PKF Capital Advisors, and began his investment and brokerage career in 1999 with Colliers International Hotels and now CBRE Hotels. He has actively participated with WSU since 2004 and has held the following positions; School of Hospitality Business Management Advisory Board member 2004-present, Board Chair 2010-2012; Carson College of Business National Board of Advisors member 2005-present, Board Chair 2015-present; City of Edmonds Lodging Tax Advisory Council 2002-2010. Burdett is an active outdoor enthusiast, born and raised in the Pacific Northwest. He resides in Woodway, Washington, with his wife of 25 years, Lisa, and daughters Emily and Hailey. He and his family are investors in multiple hotels on the West Coast. 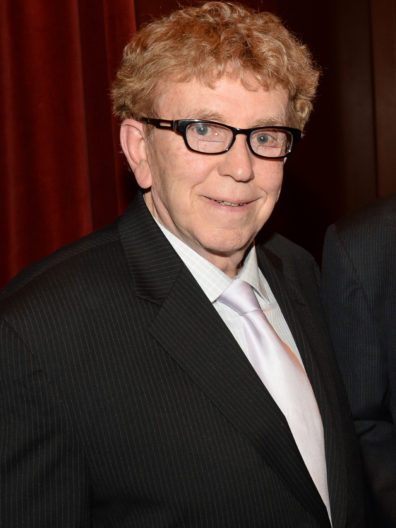 Jerry Burtenshaw (’56 Hotel & Restaurant Administration) learned the restaurant business from his parents and opened several restaurants throughout the Pacific Northwest. He later founded ABC Services Inc. and Alpine-Burtco, an international catering and concessions company that was the concessionaire for the Kingdome, the Tacoma Dome, and Husky Stadium. He has received numerous honors and awards including the WSU’s Alumni Achievement Award, induction into the National Restaurant Association Educational Foundation’s College of Diplomates, the Washington Restaurant Association’s Hospitality Man of the Year, and the Carson College of Business’s Dean’s Distinguished Leadership Award. He also established the Calvin Brett Burtenshaw Memorial Scholarship and the Burtenshaw Distinguished Lecture Series in honor of his and his wife Angelina’s late son, who was registered in the WSU hospitality program before being tragically struck down in an auto accident. 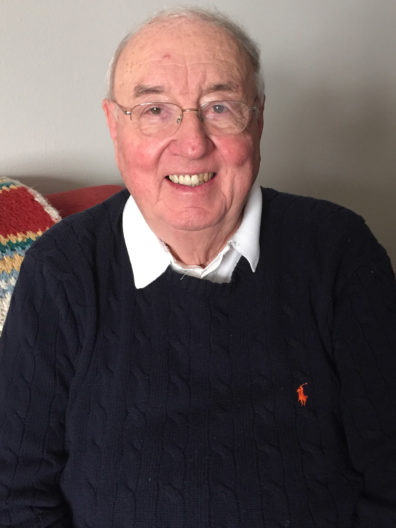 Dwight Call (’56 Hotel & Restaurant Administration) earned a B.S. in business from the University of Idaho in 1952, then served two years in the U.S. Army. Acting on the advice of Joe Bradley, then the director of the WSU hotel and restaurant administration program, Call took the first step toward his future career and earned his hospitality credentials. He joined Westin in 1956. In addition to several management positions, he served as general manager for three of the company’s hotels, including the Westin Hotel in Calgary, Alberta; the Westin Benson in Portland, Oregon; and the Westin Hotel in downtown Chicago. Call became vice president of the company in 1971, serving as operations/project manager. He was named executive vice president in 1982, responsible for worldwide hotel operations. In 1984, he became president of the hotel company. Call’s executive career spanned 32 years. He retired in 1988 and attributes much of his success to his wife Beverly’s support during their 50+ year marriage. He was active in the American Hotel and Motel Association and community affairs and was inducted into University of Idaho Alumni Hall of Fame in 1988. 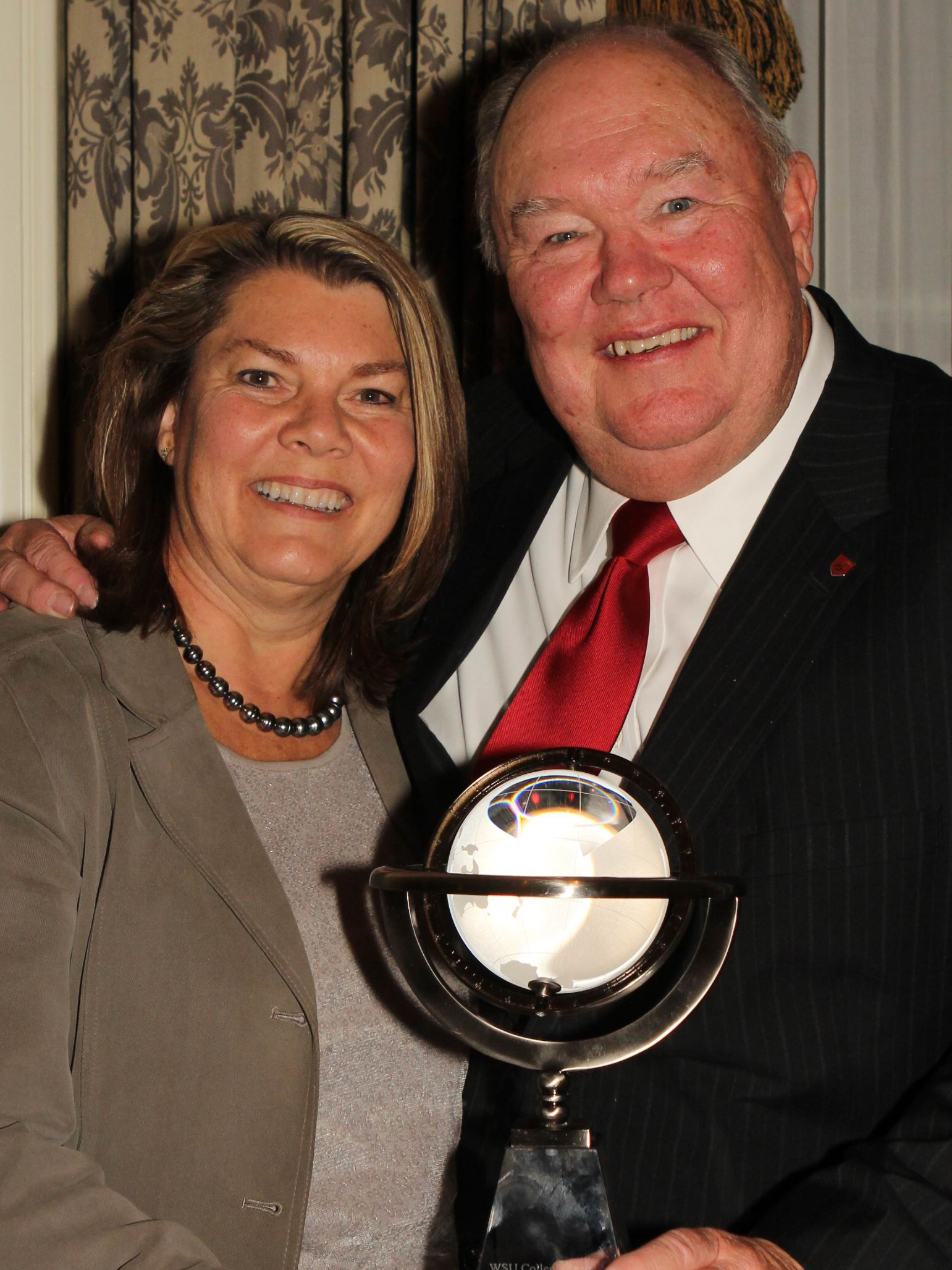 In 1982, Larry Culver (’64 Hotel & Restaurant Administration) founded Inn Ventures Inc., a hotel development and management company—the first franchisee of the Residence Inn brand. He served as chairman and CEO, developing, owning, and operating over 20 hotels and creating the Stonehill Suites brand. He served on the Residence Inn Association Board for 25 years and was chairman for two terms. He also founded Innco, Inc. in 1973 and developed eight hotels including Hiltons, Sheratons, and two independent properties in eight Midwestern states. Culver has been recognized numerous times for his innovative leadership. He received the Inn of the Year Award, earned many of Marriott International’s highest awards, and was a six-time winner of Marriott’s Hotel of the Year Award. He retired in 2011 and serves on various boards of directors of civic and charity groups. He has served WSU and the WSU Foundation for more than 23 years, chairing many committees and chairing the Foundation for two terms. He received the Weldon B “Hoot” Gibson Award for Distinguished Volunteer Leadership, the Foundation’s highest award. He also co-chaired the Carson College of Business’s national campaign, which raised over $75 million. He served on the college’s National Board of Advisors, was past chair of the Hospitality Business Management Advisory Board, and is a guest lecturer. He created the Culver hospitality relations manager position currently held by Tony Thompson, who coordinates student internships and industry jobs. Culver also was one of the original founders of the WSU Palouse Ridge Golf Course. Larry and his wife Vickie have been married 27 years and have five children and five grandchildren. 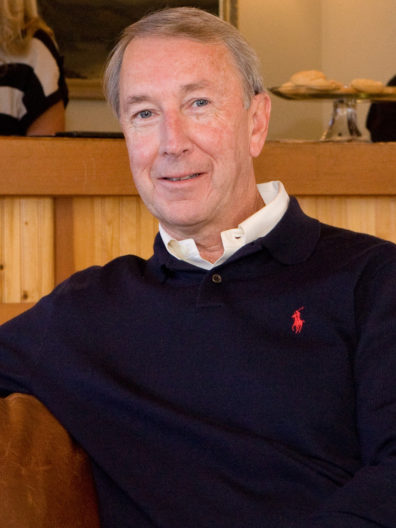 Tom Drumheller (’75 Hotel & Restaurant Administration) was recruited and accepted into the Hyatt Hotel Management Training Program after graduating. It set the foundation of his philosophy toward the hotel and restaurant industry, where he worked for 25 years before establishing his own business and becoming CEO of Escape Lodging, a company that builds luxury hotels differentiated by innovative architecture and smart design. Collectively, Drumheller had 34 years of extensive experience in administration, operation, and development of unique hotel and restaurant properties. He was committed to exceeding guest expectations and managing profitability. He served on the Carson College of Business National Board of Advisors and loved to share what he had learned in the hotel industry with business students. He and his wife Christy have two adult daughters, Brook and Britney. 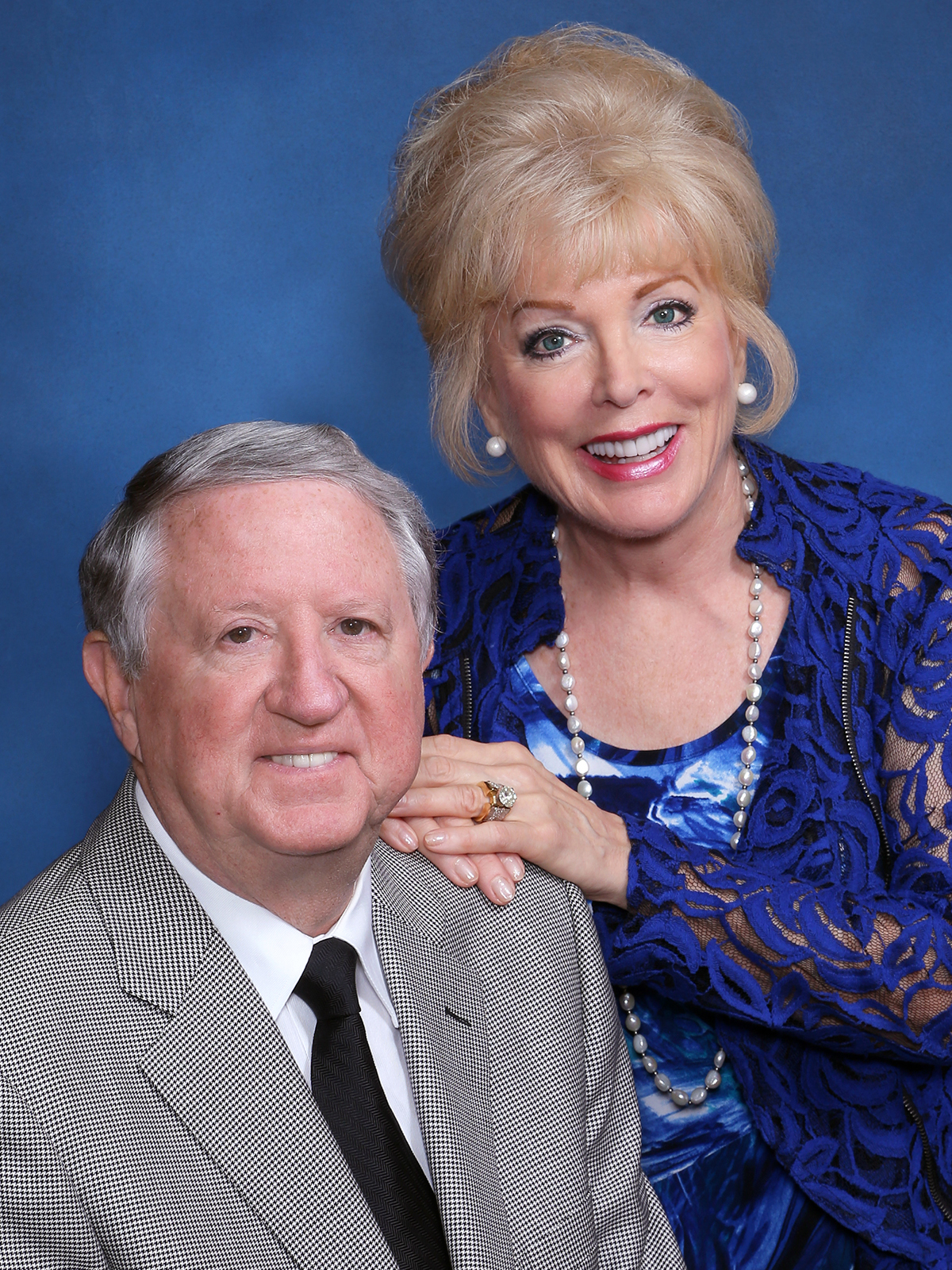 Jerry Jaeger (’70 Hotel & Restaurant Administration) began his career washing dishes in the seventh grade. He had to stand on a wooden Pepsi box to reach the machine—a box he still has in his office. After graduation, he went through a management training program with Westin Hotels at the Century Plaza in Los Angeles. He is president and co-owner of Hagadone Hospitality Company. The Coeur d’Alene Resort is the company’s flagship. He is a recipient of WSU’s Alumni Achievement Award, past president of the Coeur d’Alene Chamber of Commerce, United Way and the Idaho Innkeepers Association. He was selected as the first statewide chairman of the Idaho Travel Council. Earlier this year, he received the Governor’s Lifetime Achievement Award in Recreation and Tourism. He and his wife Ellen have two children and five grandchildren. 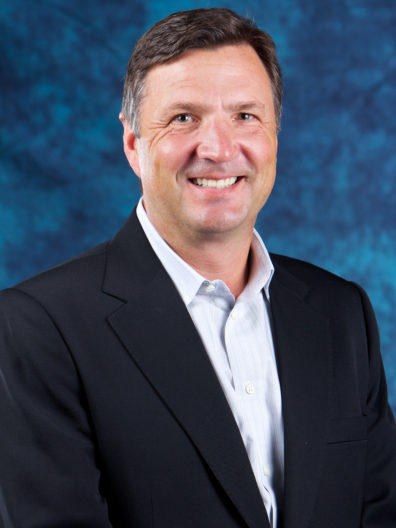 Craig Schafer (’76 Hotel & Restaurant Administration) began his career in Westin Hotels’ management training program. Later he earned an MBA from the University of Puget Sound in 1980 and then worked as a consultant for a major accounting firm performing feasibility studies and appraisals for hotel developers. He founded Colliers International Hotel Realty in 1985 and was president for 15 years. In 1992, he and business partner Alan Battersby began buying, repositioning, and selling distressed hotels in several Pacific Northwest markets. Today he owns two award winning hotels in Seattle: Hotel Andra and the Inn at the Market. Schafer lives in Seattle with his wife Lisa, daughter Talia, and son Torin. 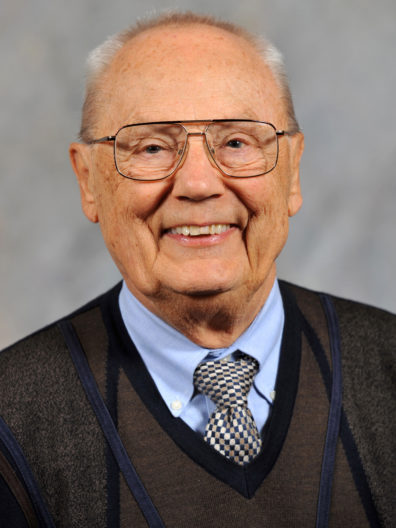 Lothar Kreck retired from WSU in 1997 after 26 years with the Hospitality Business Management program. He was director of the Hotel and Restaurant Administration program from 1971-79 and was the program’s first Ivar B. Haglund Distinguished Professor. He wrote numerous papers on tourism, travel, and hospitality and led many industry organizations. After retiring, he traveled to international universities and corporations, sharing his tourism expertise. He wrote numerous academic papers and published two books. He was installed as president of the International Council on Hotel, Restaurant and Institutional Education in 1980, served on the board of directors, and edited the council’s newsletter. In 1999, Kreck received the Order of Merit medallion, Germany’s highest civilian honor recognizing his many efforts to promote academic relations between the U.S. and Germany and his outstanding service to German universities. 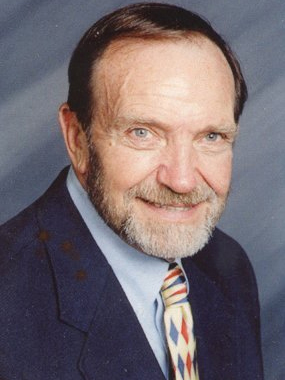 In 1994, Don Smith, the “Coach” as he was called by students and friends, was inducted into the College of Diplomates by the National Restaurant Association in recognition of his positive influence on thousands of students and professionals in his 39 years of service to the hospitality industry. Smith left a successful eight-year career as a winning high school football coach to manage a failed restaurant in Chicago. Under his stewardship and ultimate ownership, the award-winning Chateau Louise became the Chicago area’s eighth largest restaurant in sales. After selling Chateau in 1973, Smith became director of new ventures for Kentucky Fried Chicken and president of Shakey’s International. In the mid-1980s, he returned to his teaching, his first love. He was the director and professor in the Michigan State University School of Hotel Restaurant and Institutional Management for six years and received MSU’s Teacher of the Year Award in 1984. He also published three hospitality texts, including “Menu Engineering” coauthored by Michael Kasavana. While at WSU, Smith held the Westin and Taco Bell distinguished professorships. In 1995, the University named its annual chain restaurant conference in his honor. Smith retired in 2000. He was an avid supporter and speaker for the National Restaurant Association, Multi-Unit Foodservice Operators, Club Managers Association of America, American Hotel & Motel Association, and numerous educational institutions. Smith lived with his wife, Jackie, in Anderson, Texas, and they were married over 60 years. Together, they enjoyed spending time with their children, 10 grandchildren, and 11 great grandchildren.